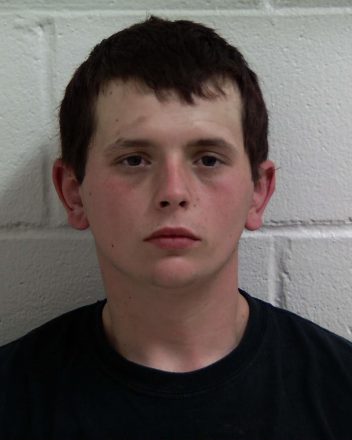 On the morning of Wednesday, February 24, 2021, two Decatur County women made two separate complaints to Decatur County Sheriff’s Office Deputies Austin Spence and Patrick Trolinger in reference to Indecent Exposure. Both women reported traveling southbound on Colquitt Highway and witnessing a male driving a white Sedan exposing himself and making obscene gestures toward them. One woman had her 14-year-old daughter in the vehicle who also witnessed the incident. This witness was able to get pictures and a license plate number of the white Sedan and forward them to deputies.

Later on, this same date, there was an incident involving sexual battery that was discovered to involve the same man at Wal-Mart. This incident was investigated by Bainbridge Public Safety. BPS officers was able to track the man down to his place of employment at a local business in Bainbridge. It was discovered that the man had also test drove a BASF work truck that was getting repaired at his job out on Thomasville Road where he also made several inappropriate gestures toward female drivers. The male subject, now identified as Dustin Jones was transported to the Decatur County Sheriff’s Office and interviewed by DCSO Investigator Vincent Edmond and Chief Investigator Elijah McCoy.

Jones admitted to the indecent exposure incidents from his vehicle earlier the same morning on Colquitt Highway and to the sexual battery incident at Wal-Mart. Jones was subsequently arrested for two counts of Indecent Exposure and one count for Child Molestation. Inv. Edmond noted that he Child Molestation charge arises from the fact that Jones committed a “immoral or indecent act to or in the presence of a child under 16.”

Since his arrest, Jones has been terminated from his job at the local business and was trespassed from the local Bainbridge Wal-Mart. Edmond wishes to reiterate that Jones was not an employee of BASF. Edmond states that since the arrest of Jones several witnesses have come forward and reported prior incidents possibly involving Jones that were similar to the Colquitt Highway incident. This case is still active and witnesses with information are encouraged to call DCSO Inv. Edmond at (229) 400-8020.

Edmond thanked the DCSO and BPS patrol officers for their quick response and attention to detail which resulted in Jones being located and arrested quickly.