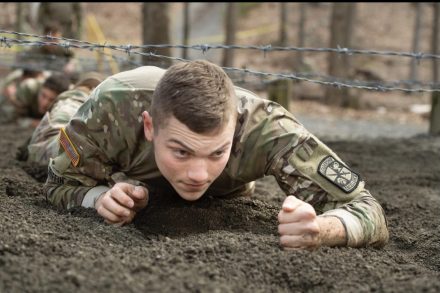 Bainbridge’s own Haydn Griffin was one of the 11 team members who competed at Sandhurst for UNG.

A long wait did not change the trajectory of the University of North Georgia’s (UNG) Ranger Challenge program.

Eighteen months after sweeping the top two spots at Spartan Ranger Challenge and two years since UNG last competed at the Sandhurst Military Skills Competition, UNG earned a third straight ROTC title. The school finished fourth overall out of 44 teams at Sandhurst, which was held April 16-17 at the U.S. Military Academy at West Point.

Haydn Griffin of Bainbridge, GA, was one of 11 team members who competed at Sandhurst for UNG.

The U.S. Military Academy earned the top three spots at Sandhurst, with ROTC teams securing fourth through seventh and the U.S. Air Force Academy taking eighth. After sitting at 16th in the standings early in the competition, UNG kept chipping away with a resilient approach.

“Our team handled the adversity,” UNG Ranger Challenge coach retired Maj. Donovan Duke said. “And we had endurance that other teams didn’t have.”

This year’s strong showing followed overall finishes of third place in 2019 and fourth place in 2018. The Sandhurst 2020 competition was canceled due to the COVID-19 pandemic, and this year’s event did not feature any international teams. All teams were required to have a negative COVID-19 test before participating.

“It was a very new experience for a lot of us. It was awesome to be able to come together as a group to build our teamwork and trust so that we could overcome the obstacles we were facing,” said Daniel Shearer, a junior from Suwanee, Georgia, pursuing a degree in East Asian studies, who was the team leader. “The results speak for the hard work, preparation and dedication the team was able to muster.”

Hayley Farmer, a junior from Griffin, Georgia, pursuing a degree in criminal justice, was the only member of the 11-person team who had previously competed at Sandhurst. UNG would have likely had six competitors with previous Sandhurst experience in 2020, but since that cancellation, three have graduated and two others were unable to compete this year.

Farmer said the training organized by Duke and Maj. Joshua Larson, active-duty Ranger Challenge adviser for UNG, paved the way for victory with such a new group at Sandhurst.

Shearer was part of the UNG group that swept the top two places at the 2019 Spartan Ranger Challenge. For him and his teammates, Sandhurst 2021 was an accomplishment long in the making.

“We trained for this moment, and we were excited to see our hard work pay off,” Shearer said. “The long wait only increased our desire to compete at Sandhurst.”

Danimer Scientific Chief Operating Officer Michael Smith spoke to Rotary this week about how Danimer began and how it has... read more