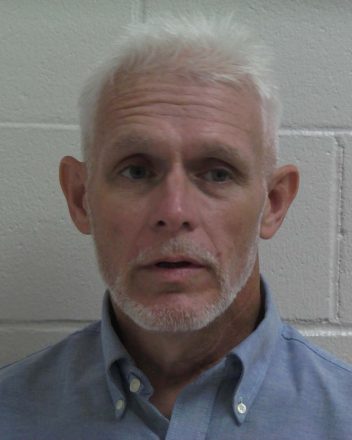 Decatur County Sheriff’s Office Investigator Justin Kelly responded to a report of assault on Friday, May 22, after Darryl Cumbie attacked his mother for not taking him to buy pain pills.

According to reports, Belinda Cumbie was leaving her residence in Climax, when her son approached her vehicle and asked her to take him to buy some pain pills. Belinda told her son she would not take him, but Darryl refused to take no for an answer and got in the vehicle anyway.

While driving, Belinda again told Darryl she would not take him to buy pills; Darryl then turned violent. Darryl snatched his mother by her hair and reportedly told her “I don’t have to take lip off a woman.” Belinda then stopped the car before Darryl punched her in the forehead, chest and ribs, and threatened to break her wrist.

Belinda told officers she began frantically beeping the horn and screaming, hoping someone would hear or see her and help.

Darryl then instructed his mother to take him back to the residence. When they arrived, Darryl forced the vehicle into park and took the keys. He then walked around the vehicle to the driver’s side, where he snatched the seatbelt off his mother then forcefully pulled her out of the vehicle and beat her in the head, neck and shoulders.

During this time, Belinda said her daughter called her cellphone, however Darryl answered and told her daughter she was not available. Belinda then began yelling for her to call 911.

Her daughter then called 911, but when they arrived Belinda and Darryl were gone. Belinda told officers that after the phone call, Darryl made her drive him into town to buy pills and threatened her again.

Darryl was later arrested by Kelly and charged with battery, exploitation and intimation of elder person, interference with 911 call, false imprisonment and kidnapping.

SCCA students participate in Hands and Hearts for Horses

Beginning in January 2020, several of the students who are enrolled at Spring Creek Charter Academy (SCCA) and receive special... read more