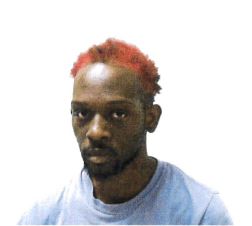 Around midnight on Wednesday, Bainbridge Public Safety responded to an alarm reported at the Trading Post. Captain Josh Glover and Officer Gaston Corson arrived to find the glass doors had been shattered and someone had entered the building. While still investigating at the Trading Post, the two were notified that Chuck’s Package Store had been broken into as well. Video surveillance from Chuck’s showed the person responsible to be Jafari Von-Keith Belin.

Shortly afterward, a call was made to 911 reporting a red Ford pick-up truck on Ridgefield Drive. The truck had belonged to the Trading Post; Belin would be identified as the driver upon arrest. Officers initially tried to stop Belin at the intersection of Old Quincy Road and Faceville Highway. He proceeded to lead authorities on a chase, eventually attempting to escape down Tallahassee Highway, where Decatur County Deputies were waiting with spike strips.

Belin hit the spikes and was successfully apprehended. He was taken back to BPS headquarters for questioning and was placed under arrest. He has been charged with four felonies, including both first and second- degree burglary, fleeing/eluding and theft by taking a motor vehicle, as well as two counts of failing to obey a stop sign.

Glover expresses his appreciation to the Decatur County Sheriff’s Deputies who aided in the arrest.